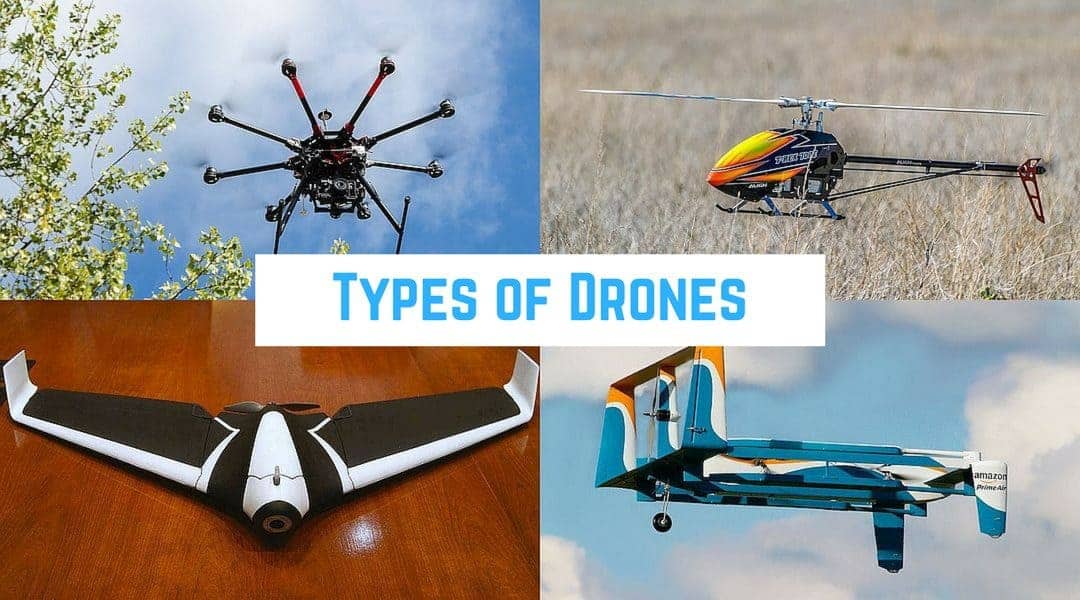 Starting from sports events to wedding, property tour to environmental documentary, drones are everywhere these days. This multi-functional robot has changed the concept of capturing moments. It is cool to have one, isn’t it? However, if you are unsure about the item you should buy.

1. Types of Drones Based on Size

The size of a drone can vary and the different sizes are not only different from measurements, but also from functionalities and performance.

Large drones can be of the size of small aircraft. In the defense areas, this type of drones is widely used to understand the situations of high-risk areas. Large drones generally have powerful cameras to be operated successfully from much above the area.

The size is smaller than the light aircraft. Two people are needed to carry this drone as it can weigh up to 200kgs.

Small drones are much smaller than the medium drones which don’t exceed 2 meters. These drones have fixed wings. You shouldn’t judge its power by its size as it is a high-powered item that can be thrown into the air to glide away easily with the airflow.

A drone can be as small as an insect, like 50 cm in length. This is also called a micro drone or nano drone. For biological warfare, it has a wide use. It is specially designed for enclosed spaces.

2. Types of Drones Based on Range

The range of a drone decides the distance it is capable of flying. There are several options with different ranges including:

You can control this range of drone from 650 KM. Surveillance is a popular field of its use. However, it is also used for scientific data collection, including weather report and geological situation of a particular area.

The short-range refers to a drone which can be controlled from 150 KM. It is capable of flying up to 12 hours. It is another drone that is popular for surveillance and spying.

The powerful battery enables it to fly for 6 hours for a distance of 50 Km. Again, it is used for the defense purpose.

The ‘toy drones’ are a very close range of drones, which have a range of 5 km. It can fly up to 20 minutes to 1 hour depending on the height. 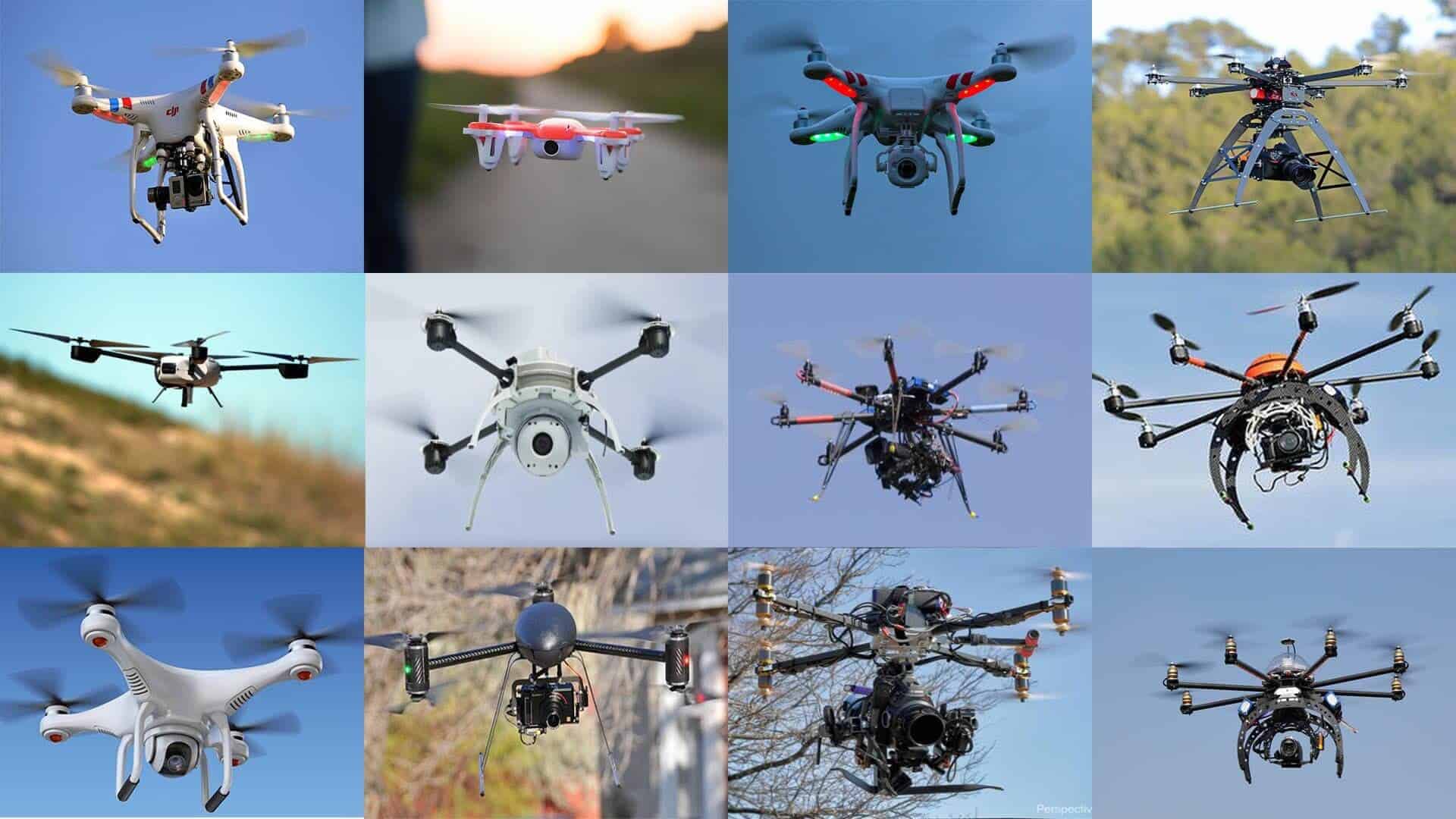 3. Types of Drones Based on Type of Aerial Platform

All drones don’t follow the same method of flying and here is how they are categorized. Here is the classification of how the drones can manage to stay up in the air:

This type of drones carries several motors which make them stay hours in a stable position in a particular spot. For aerial photography, these drones have huge use.

The single rotor is there to fly the drone and the small rotor near the tail is there for direction. It is also known as RC helicopter. These are more efficient than multi-rotor drones. It can not only fly high but can stay in one position. Instead of electricity, gas can be used in it.

This is another type of drone that has fixed wings. The construction of the drone is similar to the style of airplanes. The main feature of the drone is that it can’t stay at a certain place, but keeps on gliding in the air depending on the energy.

4. Types of Drones Based on Abilities

A drone is not a mere flying machine, but something much more than that. It is capable of performing several tasks and based on the abilities, the drones can be categorized in these below-mentioned sections: